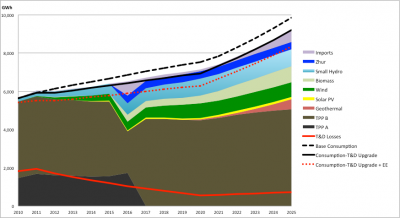 Kosovo is planning to decommission one of its main power plants in 2017, making it necessary for the nation to fill in the 600 MW gap the plan generates with new sources of energy or cuts to current usage. With the rapidly declining costs of renewables like solar and wind since 2012 and the infrastructure to support the development of gas projects, developing scenarios for the reality of renewable energy options for Kosovo is the matter affiliates of the Berkeley Center for Green Chemistry are working on.

In order to engage with the European Energy Commission with this research, Dr. Daniel M. Kammen, the Class of 1935 Distinguished Professor of Energy at the University of California, Berkeley, is sponsoring Noah Kittner, an MS/PhD student in the Energy and Resources group, to update the existing model for the energy powering Kosovo and to meet with the European Climate Foundation in Brussels, the Kosovar Civil Society Consortium for Sustainable Development (KOSID) in Pristian, and finally the European Energy Commission in Brussels to explore renewable energy alternatives.

The basis for the research in question is a 2012 an assessment of the economic, social, and environmental costs and benefits of a set of energy scenarios for Kosovo conducted by the Renewable and Appropriate Energy Laboratory at the University of California, Berkeley. A full assessment of the trade-offs of the energy opportunities in Kosovo must take into account energy security, cost, public and environmental health, and job creation. As a baseline, consider two views of Kosovo’s energy future: a business-as-usual scenario and a low-carbon, sustainable energy future that was analyzed by Kammen and colleagues.

The business-as-usual scenario proposed by a number of international donors, including the World Bank, assumes construction of a new thermal power plant, which will use coal to generate electricity. This new plant is proposed to be integrated into the Kosovo power grid by 2017. Since construction would need to begin soon, this is the critical moment to propose alternative scenarios that could meet Kosovo's growing energy demands without building a new coal fired power plant.

In the alternative scenario Dan Kammen and Noah Kittner have been working with the Appropriate Energy Laboratory, Kosovo’s forecasted electrical demand would be met through a combination of renewable resources, T&D grid upgrades, energy efficiency measures and regional cooperation with neighboring countries on electricity import, while still maintaining significantly higher job creation than the business-as-usual scenario. This is shown as an increase in capacity for biogas, wind and solar from the base scenario together with a conservative estimation of new geothermal capacity coming online between 2020 and 2025.